Community engagement is a key factor in ensuring that conservation measures are implemented successfully in any community. In a bid to enhance the conservation of wildlife in Madagascar, TBA alumnae, Domoina Rabarivelo is undertaking a study on fossa predation and its conservation in the Menabe region of Madagascar.

The fossa (Cryptoprocta ferox), Madagascar’s largest carnivore, is one of the least studied carnivores worldwide. However, recent evidence suggests that direct persecution by humans due to livestock depredation is substantially increasing the threat to the long-term survival of the fossa in addition to the drastic destruction of suitable habitat during the last decades. It has now become one of the most endangered species in western Madagascar. The photo shows how chicken bait is used to trap the fossa.

The main aim of Domoina’s study is to find a community based approach in conserving the carnivore and change the local people’s mindsets regarding the carnivore. Lack of food has led the fossa to enter villages where they steal chicken, one of the main sources of food for the locals. This has caused resentment from the locals who in turn kill the animals.

Domoina however, seeks to change this negative reaction by creating awareness on negative activities such as destruction of the fossa’s habitat by the locals which is the main cause of the attacks due to the loss of prey when the fossa habitats are destroyed.

Other ways that she is using to reduce this conflict is by finding and implementing alternative solutions to killing such as instituting night watches by the locals, encouraging and teaching communities how to build more appropriate housing for their poultry (see photo below), implementing an environmental education and awareness program coupled with regular visits to communities impacted by the fossa-human conflict and regular long-term monitoring of the fossa population. The monitoring programme is done in partnership with who monitor the effects of threat mitigation actions.

Domoina participated in a TBA field course in 2014 and since then has gone on to become an inspiration to her generation in the conservation field. In addition to her studies, she is also a project leader for ‘Chances for Nature’ an organisation that works for the conservation of natural habitats and biodiversity.

This project will contribute substantially to the long-term survival of the fossa in the wild and increase people’s understanding of community engagement in preserving wildlife in Western Madagascar. 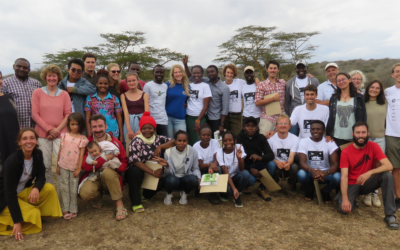 Back in the field

Back in the field The Tropical Biology Association was delighted to return to the field - taking 24 students to Mpala Research Centre in Kenya for four weeks this summer.  For the last two years, we have been providing very successful online courses, but this was the... 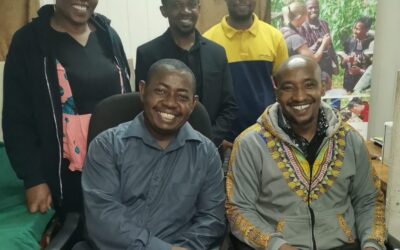 From capacity building to regional networks

Said Ahamada (below front left) from the Comoros Islands visited TBA’s Nairobi office recently. He took time off from his busy programme of restoring mangroves, reducing plastic pollution and running education programmes in the Comoros.   The excitement in his face... 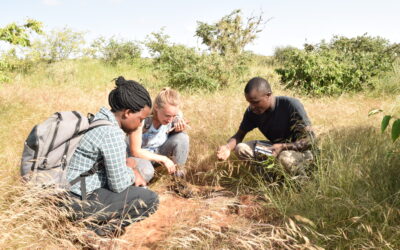