Sir David Attenborough has officially opened a new campus in Cambridge which is the centre of the world’s largest grouping of nature conservation organisations and university researchers.

The building housing the campus has been named after Sir David, who has links with many of the organisations based there and is a graduate of the University of Cambridge. In preparation for the event, he was filmed abseiling down the 3-storey living wall that is the central feature of the building’s atrium.

At the opening celebrations, held on 6 April 2016, Sir David who has inspired many of the people working in the campus – received a tumultuous reception from an appreciative audience.

The consummate communicator shared stories from his film-making experiences, and the extraordinary era of change that he has witnessed during his working life, during an entertaining on-stage conversation with former Vice-Chancellor, Dame Alison Richard.

Sir David said that the campus was an inspirational model for a new era in conservation, and that his wish for all CCI partners is: “that your lines of communication embrace the whole world, and that your ethos will enthuse and inspire every nation.”

Today’s challenge for conservation, and the need for collaboration were highlighted by Sir David : “The future of our life on Earth is dependent on the natural world – for the air we breathe, the food we eat and the water we use – and for the feelings we have of awe and wonder at nature’s extraordinary riches. In this remarkable age we are learning more and more about the intricacies of our dependence on nature. Yet our natural world is threatened as never before.

“The threats are both numerous and interrelated, and no one institution, however effective, can hope to address them all alone. It is for this reason that the work of the Cambridge Conservation Initiative is so exceptional. By bringing together leaders in research, practice, policy and teaching, we stand the greatest chance of developing the solutions required to save our planet. I am enormously proud that these collaborations are occurring in a building bearing my name.”

The driving force behind the campus is the Cambridge Conservation Initiative – a strategic collaboration founded in 2007 between the University of Cambridge and nine biodiversity conservation organisations. The TBA is a founder member of CCI, and the TBA’s European office is based in the David Attenborough Building.

Speaking at the event, TBA Director, Rosie Trevelyan said she felt immensely proud to have been on the CCI Council from the very first day, nine years ago. She described how the new building was already generating a “palpable buzz”, and providing fertile ground for active collaboration between CCI partners, and other organisations attracted to the building.

“We know from our experience at TBA that capacity building is an essential element in conservation, ” she said. “Now we need to be doing more of it in new places, and in new sectors.” she said.

Also sharing the podium was Jacob Ngwava, a TBA alumnus, herpetologist and currently Curator at the National Museums of Kenya. He told the audience about the impact of TBA training on his career in conservation,  and illustrated why capacity building is so important in shaping the next generation of conservationists. 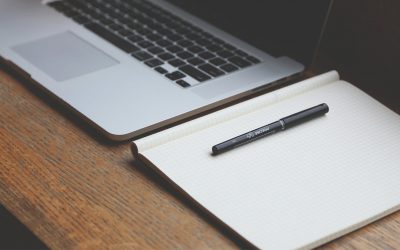 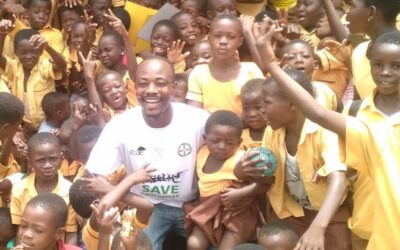 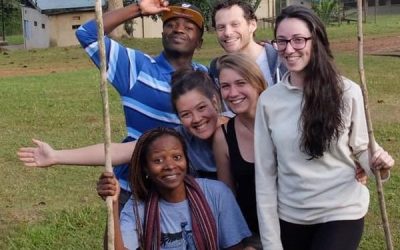