We can be heroes! #EarthOptimism raises hope

Positive energy was palpable throughout the David Attenborough Building in Cambridge as #EarthOptimism unfolded on Earth Day 2017. The Tropical Biology Association was a co-organiser of this public outreach event that was part of a global celebration of our planet. Major events took place in 24 cities around the globe, including Washington, Helsinki, Panama and London.

“In Cambridge, #EarthOptimism was a day filled with stories of hope and solutions for building a future where people and wildlife can flourish together around the world,” said TBA Director, Rosie Trevelyan, adding:

“The feeling of optimism just kept growing stronger with every story we heard!”

A wild, whooping call of the chimpanzee announced the start of the programme of talks, as Dr Jane Goodall greeted a packed hall with her imitation of the great ape that she has dedicated her life to studying and protecting.

And the day ended with a standing ovation for Sir David Attenborough, whose closing words urged the next generation around the globe to work together for international agreements to tackle the greatest challenges facing our natural world, because no nation can do so alone.

In between, hundreds of visitors heard from more than 20 inspirational, wide-ranging talks given by  scientists, activists, economists, sustainable business entrepreneurs and community leaders. What they all had in common was sharing stories of success about ideas and projects that have changed the fate of species that were doomed, and improved the lives of communities that take care of their natural resources.

Three TBA alumni were among the speakers; all highlighting the role of capacity building in conservation success.

For David Kwarteng (2011 Amani), co-founder of the NGO, Herp Conservation Ghana, the sound of hope is the whistling of the Togo slippery frog! Thought to be extinct for over 40 years, the frog’s rediscovery was marred by the realisation that it was considered a delicacy by communities living where it occurs. The challenge then was “to convince local people who find these frogs delicious to conserve them,” David told the #EO audience.

And they did! Working together with the local people, Herp Conservation Ghana succeeded in setting up a conservation sanctuary for the Togo slippery frog. David highlighted the role of TBA in supporting his NGO: “TBA gave us the support, training and skills to go out there and save this species,” he said.

“If this frog is still whistling today, it is because of the TBA.”

Francis Mbunya (2008 Kibale) is passionate about lowland gorillas, but he is also aware that many local people simply don’t understand why he cares so much about them. That is one reason why he co-founded of the Resource Centre for Environment and Sustainable Development in Cameroon, a community-led organisation that has devised a lively, up-beat approach to motivate young people, to build local capacity, and to promote inter-disciplinary research and policy for sustainable development. Key to the approach is encouraging people to develop their own perspective on conservation.

“It’s making a great change because more people are wanting to talk about gorillas,” he said. “But also, recently we see more young people in Cameroon wanting to make a career in conservation.”

Malagasy conservationist Rio Heriniaina (2014 Kibale) told the #EO audience that when he was studying the lemurs endemic to his country, he saw more foreign scientists doing research than people from Madagascar, and thought, “That means foreign people know more about our biodiversity that Malagasy people.”

This prompted him to organise a trip for Malagasy school children to see lemurs.”This was so important because they had never seen a lemur before,” he said. “I want Malagasy children to know about our very special environment, so they will love it. When they love it, they will care about it.”

On a day when #EO was urging all visitors to make a pledge to do something positive, Rio said that with the help of capacity building and education, he will work with fellow Malagasy conservationists so that “Madagascar will be a green island again.”

TBA Director, Dr Rosie Trevelyan, chaired the final session of talks, culminating in Sir David Attenborough’s address. In presenting him, Rosie said Sir David was one speaker who needed no introduction, saying that he had “done more than anyone to bring the wonders of nature into all our lives.”

Beyond the Stories of Hope programme, the David Attenborough Building was humming with performances, pop ups, a repair cafe, soapbox talks and stalls giving practical advice on how everyone can help the planet in their everyday lives.

For those who were too late for tickets, or couldn’t be everywhere at once, all Stories of Hope talks will be available on CCI website. 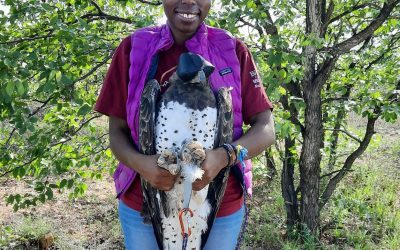 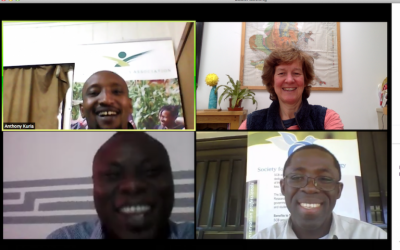 The Tropical Biology Association is launching new online courses so that more aspiring conservationists can benefit from our training and have a greater impact on the ground. We are using the potential that to-day’s online environment offers to design innovative... 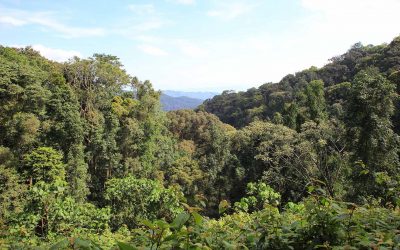 The Tropical Biology Association is excited to see what trainees on our first-ever online course will accomplish with the knowledge they are acquiring. This is a dynamic and motivated group, and their new projects will greatly enhance the conservation of the Guinean...